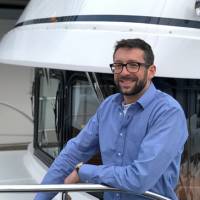 Van’s parents, Scott and Lisa (founders of Waterline Boats and Helmsman Trawlers), have always been avid boaters and Van was fortunate to grow up with experiences of sailing to Catalina Island and cruising Puget Sound and the San Juan Islands. After graduating from the University of Washington, Van spent a winter working on a commercial crab boat in the Bering Sea. 35-foot seas, being stuck in an ice flow, a rogue wave, and almost sinking made for memorable times. Van moved on to become a commissioned officer in the NOAA Corps, where he received training at the US Merchant Marine Academy and then worked as a deck officer aboard Gordon Gunter, a 224’ research vessel that worked the Gulf of Mexico, Caribbean, and Atlantic, eventually earning a USCG 1600-ton 3rd mate license.

Van decided to continue his work on the water by starting Fjordlux Oyster Farm on Hood Canal with his wife Alice, and a little while later joined Helmsman Trawlers where he learned the ins-and-outs of building, commissioning, and supporting owners of fine trawler yachts. He spends much of his time on boats, including many early mornings on the farm's oyster skiff. He joined Waterline Boats and Boatshed Port Townsend in 2020. Van is passionate about boats of all types, and through Boatshed Port Townsend enjoys helping people achieve the next stage of their boating adventure. 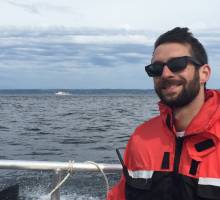 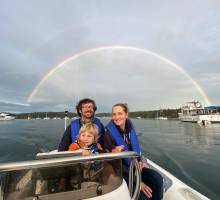 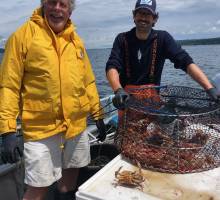 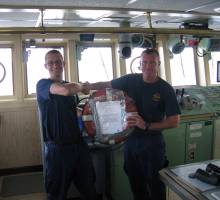 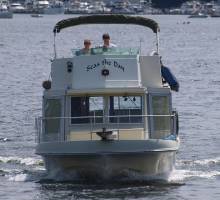