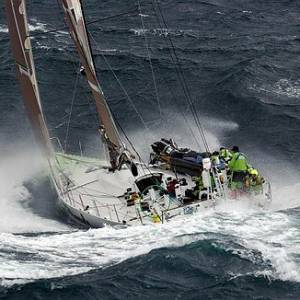 Andrew McCall was in Spain at the weekend reporting for Boatshed...

Sanxenxo, a Spanish holiday resort for wealthy Spaniards, is situated just north of Vigo on the Spanish Atlantic coast, but for the last five weeks, this picturesque port is has certainly not been on holiday. The three days of my visit coincided with the wind blowing at a solid 40+ knots and sheeting rain. The boats didn’t leave their berths, but concentrated on ensuring that all other aspects of the yachts were in tip top condition prior to the start on November 12th. Luckily the wind had blown for 4 weeks during late September and early October and this gave all the crews to test their yachts.

The port was selected as the venue for The 2005-06 Volvo Ocean Race start. Only one of the six boats in the fleet had had a real shake down and that was Movistar. She was sailed to Sanxenxo from Auckland and in the process managed to beat the 24hr record, clocking up over 530 miles in the Southern Ocean! The rest of the teams had not really had the opportunity or time to test their yachts in real oceanic conditions.

The teams were cheerful and confident and extremely hospitable as indeed was The Volvo Race Management Team. The Race Village, built around the beautiful new Royal Sanxenxo Yacht Club is one of the largest in the history of Ocean Racing and was visited by a bevy of superstars on Saturday for first ever inshore race in the VOR. The visitors included HM King Carlos of Spain, The Crown Prince of Sweden and Chef Gordon Ramsey, presumably to get some training for his new F Word programme!

The Race was won by Ericsson, skippered by Neal McDonald with Brasil1 (Torben Grael) 2nd and Pirates (Paul Cayard) 3rd.

Premier Challenge, the final boat to arrive in Sanxenxo on the Friday before the inshore race, was sailed down from Holland in a 40 -50 knot head wind and is a long way behind in her preparations. All the other crews will be providing assistance to skipper Grant Wharrington and his as yet untested Australian crew. We wish her well on her maiden racing trip of 6000+ miles to Cape Town.

More from Andrew over the coming weeks... 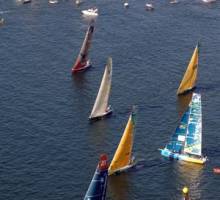 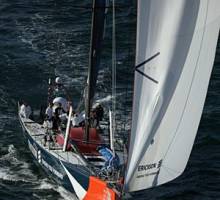 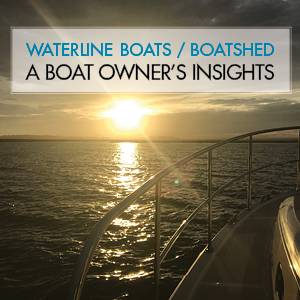